In Defense Of Food May Be Naive

Welcome to My DoFollow Blog! As a Big Thank You, I'd Like to Give You FREE Access to my "19 Tips to Build Muscle & Gain Weight" Report That Gives You The Key Ingredients For Success in YOUR all your workouts! ~ Marc David; CPT 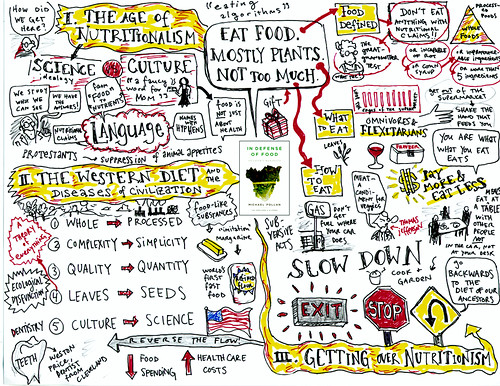 “Benjamin Caballero, professor of nutrition, pediatrics, and international health, Johns Hopkins Bloomberg School of Public Health, Baltimore, calls Michael Pollan’s new book entitled “In Defense of Food,” naive in the extreme. Caballero says that Pollan’s statement “not to eat anything your great-grandmother would not approve of,” is meaningless and points to the fact that most grandmothers had 15 years less of life than their modern counterparts.”

Food to die for?

My personal comments:  I’d say the same goes for the Paleolithic Diet!  Or Calorie Restrictive and the whatnot.  Diets coming out of the wood work based on what we assume to be 1,000 year old menu plans from cavemen who roamed around in search of food.

What gets me is that these people who PREACH these things… don’t look healthy and have the least amount of muscle mass on a human being I’ve ever seen.

No different from Atkin’s.  You can’t prove longevity on a diet that’s only been published a few years!  It’s going to take decades before such an assumption about life expectancy can be reached and concluded.  But hey… somebody’s getting rich off all these diets, colon cleansing and “You’ve Got Worms!” books.

Go get Burn the Fat if you want to learn how to eat.

The Truth About Lifetime Fat Loss Advice Your Muscle Building Questions Answered Help! I’m skinny and I can’t gain weight How I Find Almost Anything I Want

Don't Be a Newbie Bodybuilder Anymore!